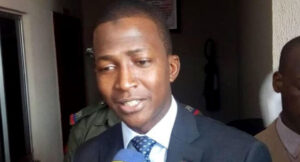 Chairman of Nigeria’s Economic and Financial Crimes Commission, Mr  Abdulrasheed Bawa has said that 90 percent of money laundering which affects the country is done through the real estate sector.

Speaking on Channels TV’s Sunrise Daily on Tuesday, the anti-corruption agency boss stated that although the sector is monitored via the special control unit, more needed to be done.

He said there are so many issues involved, but that his agency was working with the National Assembly to stop who he called “the gate keepers” as there would be reduction in looting if there was no one to launder the money.

Bawa, the EFCC boss, gave an example of a minister who expressed interest in a $37.5 million property a bank manager put up for sale.

His words: “The bank sent a vehicle to her house and in the first instance $20 million was evacuated from her house.

“They paid a developer and a lawyer set up a special purpose vehicle, where the title documents were transferred into.

“And he (the lawyer) is posing as the owner of the property. You see the problem. This is just one of many; it is happening daily.”