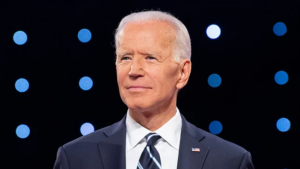 The United States will soon have a new federal holiday commemorating the end of slavery.

The House voted 415-14 on Wednesday to make Juneteenth, or June 19th, the 12th federal holiday, and President Joe Biden is scheduled to sign the bill into law on Thursday.

Juneteenth commemorates June 19, 1865, when Union soldiers brought the news of freedom to enslaved Black people in Galveston, Texas — two months after the Confederacy had surrendered. That was also about 2 1/2 years after the Emancipation Proclamation freed slaves in the Southern states.

“Our federal holidays are purposely few in number and recognize the most important milestones,” said Rep. Carolyn Maloney, D-N.Y. “I cannot think of a more important milestone to commemorate than the end of slavery in the United States.”

“Juneteenth equals freedom and freedom is what America is about!” she tweeted. Jackson Lee said she and Democratic leaders plan to send the legislation to Biden’s desk by this Juneteenth.

Before the vote, Pelosi said it was “an exciting, historic day,” one that was overdue.

The bill had strong bipartisan backing in both the House and the Senate, but one of the “no” votes, Rep. Matt Rosendale, R-Mont., said he would call “an ace an ace.”

“This is an effort by the Left to create a day out of whole cloth to celebrate identity politics as part of its larger efforts to make Critical Race Theory the reigning ideology of our country,” he said in a statement.