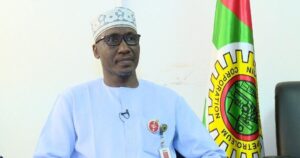 It is two years since Mallam Mele Kyari, with a simple mien and a rather unassuming disposition, took the reigns of leadership at the Nigerian National Petroleum Corporation as Group Managing Director.

Apart from those who had worked with him closely, not many Nigerians expected magic from this calm technocrat. Today, Kyari could well have justified the saying of our elders that the might of the warrior cannot be told from the size of his biceps.

Two years into his tenure as NNPC’s helmsman, even the most arrogant skeptic would concede that Kyari has performed close to magic. There is so much to show now that the corporation may yet hold the promise of national economic prosperity for Nigerians.

Perhaps, Mele Kyari’s greatest asset in the running of  Nigeria’s national oil company is his conciliatory approach to the thorny issues that realistically threaten the oil and gas industry. He painstakingly works to understand the issues and then brings all shades of players and stakeholders to agreement.

The first proof that Mallam Kyari has what it takes, came barely four months after he took office in October 2019. He stepped into the dispute between Shell and the Belema Community and Belema Oil Ltd in Rivers State over OML 25. Before then, production had been shut-in for over three years over the disagreement.

With his strong vision to boost the nation’s oil production to 3million barrels per day, he stepped in and successfully resolved the dispute thereby bringing back about 30,000barrels per day production.

In late 2019, Kyari also led the Corporation to execute the Abo OML 125 Heads of Terms leading to the resolution of the issues around most of the deep offshore Production Sharing Contracts. This paved the way for the renewal of OML 125 and further investment in the exploration of the lucrative field to boost the nation’s crude oil production.

In May 2021, Mallam Kyari performed a similar feat when he led the Corporation to sign a series of agreements with SNEPCo and other PSC partners to resolve the disputes around another deep offshore block, OML 118, leading to the renewal of that acreage with the prospect of a new $10billion investment in the development of the Bonga South-East Field. This achievement will be a direct boost to the nation’s oil production.

Very significant is the fact that the OML 118 dispute lasted over 12 years before Mallam Kyari stepped in.
In just two years, Kyari’s conciliatory leadership knife has cut through seemingly irreconcilable and protracted disputes in the petroleum industry. This is a telling pointer to the lofty heights he is set to take the industry in the next few years when the Petroleum Industry Bill will have been signed into law.

Mallam Kyari’s leadership at the NNPC has made a lot of positive impact on Nigeria’s gas sector. Obviously, a new vim has been added to the country’s gas commercialization programme and Nigeria looks poised to take its rightful place as a gas nation.

The Nigeria Liquefied Natural Gas Train 7 Project is a major leap in this direction. It took the administrative genius and vision of Kyari to lead NNPC to rally the partner in the project to take the Final Investment Decision (FID) in December 2019. The NLNG Train 7 Project was on the drawing board for over 10 years. The project is expected to generate over $20billion of revenue as well as  10,000 direct and 40,000 indirect jobs for the country over its lifecycle.

He followed that feat up in May 2020, at the heat of the Covid-19 pandemic, with the signing of the Engineering, Procurement and Construction (EPC) contract of the NLNG Train-7 project. The contract was signed with the SCD JV Consortium comprising affiliates of Saipem, Chiyoda and Daewoo.

The execution of the EPC contract signalled the effective commencement of the detailed design and construction phase of the multi-billion dollar project which, on completion, is expected to raise the NLNG production capacity by 35 per cent from the current 22 million tonnes per annum (MTPA) to 30 MTPA.

On June 15, 2021, the ground-breaking ceremony of the NLNG Train 7 Project was conducted and it signalled the commencement of construction work on the project.

The GMD also led NNPC to flag-off the construction of the Ajaokuta-Kaduna-Kano (AKK) gas pipeline project on  June 30, 2020. The project which has been described by President Muhammadu Buhari as a game-changer is an integral part of the Trans-Nigeria Gas Pipeline (TNGP) with a capacity to transport about 2.2billion cubic feet of gas per day.

The infrastructure designed to feed gas into the AKK – the Escravos Lagos Pipeline System II (ELPS II) and Oben-Obiafu-Obrikom (OB3) gas pipeline are also being aggressively executed and expanded to increase delivery capacity from   1.5BCF/D to over 3.5BCF/D. The ELPS II has reached 96.34 per cent completion.

Mallam Kyari also led the Corporation to achieve a $300million reduction in the cost of the AKK Gas Pipeline contract via contract renegotiation from the initial $2.8billion.

Another significant milestone  in the gas sector was erected in late 2020 with the commissioning of the Oredo Integrated Gas Handling Facility (IGHF) and the Liquefied Petroleum Gas Storage and Dispensing Unit. The facilities which are wholly owned and constructed by the Nigerian Petroleum Development Company (NPDC) are meant to address domestic gas supply challenges. The facilities currently deliver over 200 million standard cubic feet of dry gas per day and 330 metric tonnes of Liquefied Petroleum Gas (cooking gas) which is equivalent to 16 units of 20-tonne LPG trucks per day into the domestic market.

In order to provide an alternative to Premium Motor Spirit (petrol) as the sole automotive fuel and reduce the huge importation bill of the product, Kyari led the NNPC to  key into the Year /Decade of Gas initiative spearheaded by the Honorable Minister of State for  Petroleum Resources to launch the Autogas initiative. It executed a JV agreement with NIPCO to help in the marketing and distribution of the product so as to get as many Nigerians as possible to migrate to the use of gas as automotive fuel.

Mallam Kyari heralded 2021 with a significant step in the direction of bringing the proposed Brass Gas Hub into reality. He led NNPC to take the Final Investment Decision (FID) with the Brass Fertilizer and Petrochemical Company for the $3.6bn Brass Methanol Plant in Odioma, Bayelsa State.

He followed that feat up a few weeks later with the signing of a $260m financing agreement for the Assa-North Ohaji South (ANOH) Gas Project with Seplat. The project will deliver 300 million standard cubic feet of gas per day and 1,200 megawatts of electricity to the domestic market.

Indeed, Mallam Kyari’s two years in the saddle have brought about a sea-change in the Nigerian oil and gas sector. Given the trajectory of developments under his watch, it is expected that by the time he is done, Nigeria would have become a truly gas-driven modern economy.

Last week, the Senate and the House of Representatives passed the long-awaited Petroleum Industry Bill to the elation of many Nigerians, especially stakeholders in the oil and gas sector. To the many who celebrated, what was not known was the crucial role played by the incumbent Group Managing Director of the NNPC in getting the bill through.

Mallam Mele Kyari was a member of the sub-committee set up by the Corporation to work with the Oil and Gas Industry Committee (OGIC) that crafted the original draft of the PIB. Indeed he has been involved with the PIB from the very beginning. He worked closely with the Minister of State for Petroleum Resources, Chief Timipre Sylva, to provide executive insight to the legislators all the while the Bill was undergoing legislative action. So, the passage of the Bill, coming barely a week to his  second year anniversary as GMD of NNPC, is another proof of the efficacy of his conciliatory leadership in the oil and gas sector of the Nigerian economy.