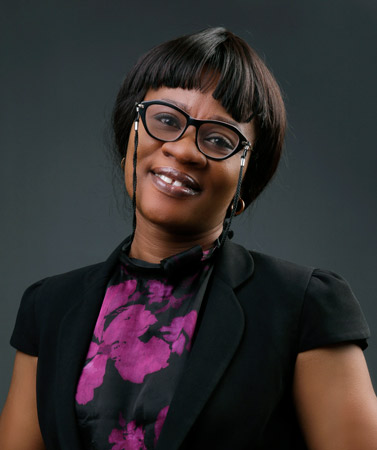 Mrs. Ngozi Helen Okoli-Owube is an outstanding Nigerian woman who has diligently served her country in her chosen field. She has the record of being the first person to start a centre for children with special educational needs in Nigeria.

The Start Right Centre which she established with the backing of Diamond Bank was a child of circumstance. She had a family member with special needs and her initial interest was to understand what the problems and challenges were for this beloved relative.

After graduating from the University of Lagos in 2002, she met a Speech Pathologist, Dr Helen Nwanze and decided to work with her. She was with her for a year and half during which time she joined her to work with kids and adults in their homes or schools.

She soon saw the difficulties faced by parents and the children with learning needs. She understood that it was difficult for such kids to learn without first acquiring a foreknowledge outside the classroom. Class facilitation would only be aiding the child to complete a task and not gaining knowledge.

Ngozi also understood that many mainstream school teachers do not have specific training in working with children with needs. Also, it could be very frustrating for the teachers and time consuming as they already had a curriculum set out for students in their class.

Mrs. Okoli-Owube kept wondering about the needs of these children and how best she could continue that which Dr Helen Nwanze was already doing. Whenever her boss travelled, she had to work with the children and she got commendations from both parents and her boss. Her interest was greatly boosted by all these.

It was at this stage that she learnt about Diamond Bank Bright Idea and she embraced it with both hands. Even so, Ngozi did not start her centre until she had acquired some relevant qualification from South Africa. She still seeks knowledge in this field today and she never relents in continuous education.

A major asset that seems to have worked in her favour in her calling is what she describes as her passion and love for God. This, according to her, makes her to be ever ready to listen to parents.

Expectedly, a lot of recognition has come her way for her sterling achievements in working with children with special educational needs. In 2008, she became the first woman in Africa to win the Goldman Sachs 10,000 Women – a feat which made her to be published in The New York Times. She also has a Certificate of Achievement from the Autism Spectrum Adaptive Programme, Cape Town, South Africa.

Ngozi Okoli-Owube has a Master’s degree in Educational Psychology from the University of Lagos. Beyond that she has attended various trainings, workshops and programmes in her field. Such programmes and trainings include: “Engaging with SEN – Dyslexia, Dyspraxia, Speech and Language, Autism and Hyperactivity Disorder by the British Council.

She has a Certificate of Attendance of the Workshop on Techniques of Managing Children With Autism and Related Disabilities with Insight Into Autism Spectrum Adapted Programme (ASAP). She has the Certificate of Attendance of the Autism South Africa World Congress. She also attended a workshop on Preparing to Improve Receptive and Expressive Outcomes in Children with Developmental Disabilities.

It is in recognition of her contribution to national development in the field of Special Needs Children Education and Development that Mrs. Ngozi Helen Okoli-Owube was deemed worthy to be conferred with the Woman of Merit Gold Award which is part of the 21st PSR National Awards.