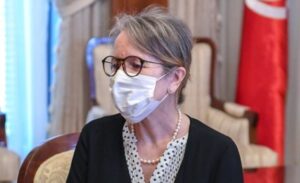 President Kais Saied has been under mounting domestic and international pressure to name a government after he dismissed the prime minister, suspended parliament and assumed executive authority in July in moves his critics call a coup.

Last week, he suspended most of the constitution, saying he could rule by decree during an “exceptional” period with no set ending, calling into question democratic gains after Tunisia’s 2011 revolution that triggered the Arab spring.

Speaking in an online video, Saied said her appointment honoured Tunisian women and asked her to propose a cabinet in the coming hours or days “because we have lost a lot of time”.