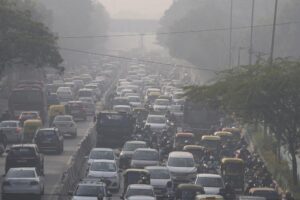 Schools were closed indefinitely and some coal-based power plants shut down as the smog-shrouded Indian capital and neighboring states invoked harsh measures Wednesday amid considerations of a lockdown in New Delhi to combat worsening air pollution.

One of the world’s most polluted cities – home to some 20 million people – New Delhi is cloaked every winter in a thick blanket of smog.

On Saturday, the Delhi state government had ordered schools to close for a week and banned construction work for four days.

But in an order passed late on Tuesday, the Commission for Air Quality Management for Delhi said all educational institutions should remain shut until further notice.

The government is discussing whether it would keep the industries open, and some experts say a lockdown would achieve very little in controlling pollution but rather would cause disruptions in the economy and impact the livelihoods of millions of people.

The order comes days after the Delhi government pushed back against a call by India’s Supreme Court to declare a “pollution lockdown” – a first – which would restrict the city’s population to their homes.