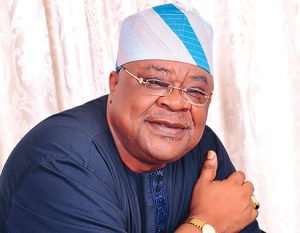 Alao-Akala who was born in Ogbomosho, Oyo State on June 3, 1950 died at the age of 71. Details of his death remained sketchy as of the time of filing this report.

Alao-Akala, a chieftain of the All Progressives Congress, APC was a very active and colourful politician who played the game of politics under the umbrella of many political parties. He was as dramatic as he was colourful and in his days as governor of Oyo State (between 2007 and 2011) he was seen by many Nigerians as eminently controversial.

He was  Deputy Governor under Governor Rashidi Ladoja between 2003 and 2006. When Chief Ladoja was impeached he became Acting Governor for eleven months.