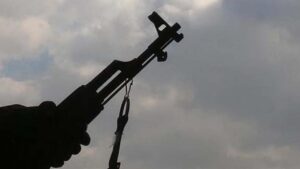 Sources say the terrorists invaded the area around 12:30 am, Thursday, and abducted the victims to the forest.

A title holder in the affected community, Galadima Agunu, said: “It was around 12:30am that our volunteer vigilante noticed some unusual movement in the outskirts of the community about 200 metres away and they flashed torches as a trick of communication but there was no response.

“And the kidnappers operated for like 10-20 minutes but noticed that the vigilante were on high alert. One person from the community, Abubakar Sule, was injured during the attack, but he is presently receiving treatment in a medical facility.”

The Police Public Relations Officer in Kaduna State was yet to react on the development.