Boris Johnson To Be Fined For Breaking U.K. Lockdown Rules 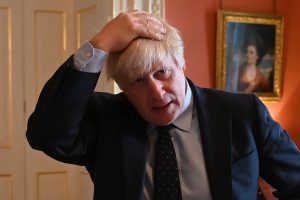 UK Prime Minister Boris Johnson was told on Tuesday that he would receive a fine for breaking lockdown rules at Downing Street, making him the first holder of his office to be found breaking the law in living memory.

In a statement London’s Metropolitan Police said it had identified at least 50 breaches of the law as part of its inquiry into the “partygate” scandal that has dealt severe damage to Mr. Johnson.

Though the police did not name any of those fined, the prime minister’s office later said that Mr. Johnson and the chancellor of the Exchequer, Rishi Sunak, had both been told they will receive fixed penalty notices for breaking the law.

“The prime minister and the chancellor of the Exchequer have today received notification that the Metropolitan Police intend to issue them with fixed penalty notices,” Downing Street said in a statement.