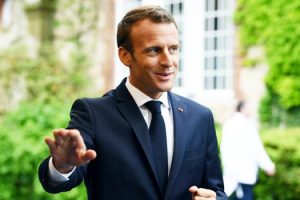 Macron took 58.5% of Sunday’s vote, making him the first French leader to be reelected in 20 years. He and Le Pen advanced to the runoff after finishing in first and second place, respectively, among 12 candidates who ran in the first round on April 10.

In his victory speech, Macron acknowledged that many had only voted for him just to keep Le Pen out and promised to address the sense of many French that their living standards are slipping.

“Many in this country voted for me not because they support my ideas but to keep out those of the far-right. I want to thank them and know I owe them a debt in the years to come,” the 44-year-old said.

He also promised to address the “anger and the disagreements” that led to many French voters choosing the extreme right, saying “this will be my responsibility and that of those around me”.

“No one in France will be left by the wayside,” he continued, pledging to be a “president for all”.

Macron is the first French president to win a second term in 20 years, but Le Pen’s result also marks the closest the far right has ever come to taking power in France and has revealed a deeply divided nation.