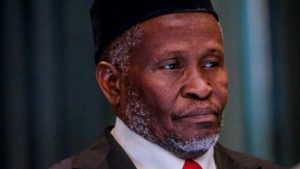 Justice Tanko Muhammad has resigned as the Chief Justice of Nigeria.

Channels Television confirmed that he resigned on Sunday night on the grounds of ill-health.

When contacted, the Special Adviser on Media and Communication to CJN, Ahuraka Yusuf Isah, said, “All I know is that he’s going to declare open a workshop this morning at the NJI (National Judicial Institute).”

Following his resignation, Justice Olukayode Ariwoola will be the next acting Chief Justice of Nigeria sequel to Senate’s confirmation.