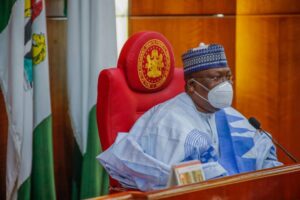 The Independent National Electoral Commission has released the list and particulars of candidates vying for various positions at the federal level in the 2023 general elections.

Missing in the list are the names of Senate President Ahmad Lawan, former Minister of Niger Delta Affairs, Godswill Akpabio, and Ebonyi State Governor, Dave Umahi. The trio contested the presidential primaries of the All Progressives Congress(APC).

The All Progressives Congress (APC) had on the 16th of June submitted the names of its senatorial candidates for the 2023 general election.