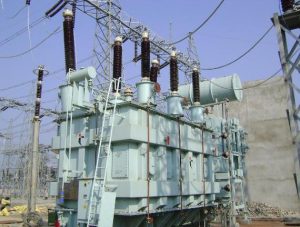 The Federal Government yesterday announced the restructuring of five electricity distribution companies(DISCOS) in the country.

This was contained in a statement jointly signed by the Executive Chairman of the Nigerian Electricity Regulatory Commission (NERC), Sanusi Garba, and Director-General of the Bureau of Public Enterprises (BPE), Alex Okoh.

Garba and Okoh explained that the announcement followed Fidelity Bank’s activation of the call on the collaterised shares of KEDCO, BDEC, and Kaduna Electric over their inability to repay loans obtained to pay for assets acquired in the 2013 privatisation exercise.

They added that the Asset Management Corporation of Nigeria (AMCON) would be a placeholder board for IBEDC in a temporary capacity while the PHED undergoes restructuring to prevent its imminent insolvency.

The NREC and BPE chiefs said the new boards for the affected discos have been approved and the bureau was collaborating with the Central Bank of Nigeria (CBN) and the Ministry of Power to ensure no service disruptions during the transition.