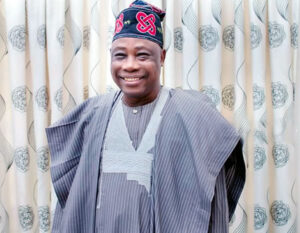 The Oyo State House of Assembly has approved the nomination of Bayo Lawal as the state’s Deputy Governor.

Lawmakers in the state gave the approval on Monday afternoon after impeaching Rauf Olaniyan as the state’s Deputy Governor.

Olaniyan was impeached by the lawmakers over allegations of misconduct.

The House has on Monday removed Olaniyan, a native of Igboho from office, following the recommendation of the panel of inquiry set up to investigate him.

Olaniyan had been elected into office in 2019 with Governor Seyi Makinde under the platform of the Peoples Democratic Party but has not been on good terms with the governor in recent times.