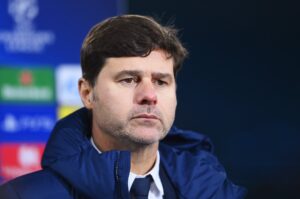 The Argentine reportedly met PSG’s hierarchy early in June and the review of the 2021/22 season concluded with the decision that the Argentine would not continue as boss of the Ligue 1 club although the sacking was only finalised in July.

Pochettino’s contract was due to expire in 2023, but he is now set to leave the club after leading them to the Ligue 1 title.

PSG said in a statement on Twitter “Paris Saint-Germain confirm that Mauricio Pochettino has ended his role at the Club.

“The Club would like to thank Mauricio Pochettino and his staff for their work and wish them the best for the future.”

Pochettino is set to be replaced by former Nice coach Christophe Galtier.

Galtier is now free after leaving Nice and being replaced by Lucien Favre.