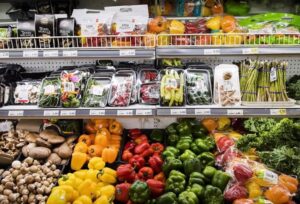 The consumer price index rose 9.1% from a year earlier in a broad-based advance, the largest gain since the end of 1981, Labor Department data showed Wednesday. The widely followed inflation gauge increased 1.3% from a month earlier, the most since 2005, reflecting higher gasoline, shelter and food costs.

Economists projected a 1.1% rise from May and an 8.8% year-over-year increase, based on the Bloomberg survey medians. This was the fourth-straight month that the headline annual figure topped estimates.

The so-called core CPI, which strips out the more volatile food and energy components, advanced 0.7% from the prior month and 5.9% from a year ago, above forecasts.

The red-hot inflation figures reaffirm that price pressures are rampant and widespread throughout the economy and taking a bigger toll on real wages, which are down the most ever in data back to 2007. The inflation data will keep Fed officials on an aggressive policy course to rein in demand, and adds pressure to President Joe Biden and congressional Democrats whose support has slumped ahead of midterm elections.