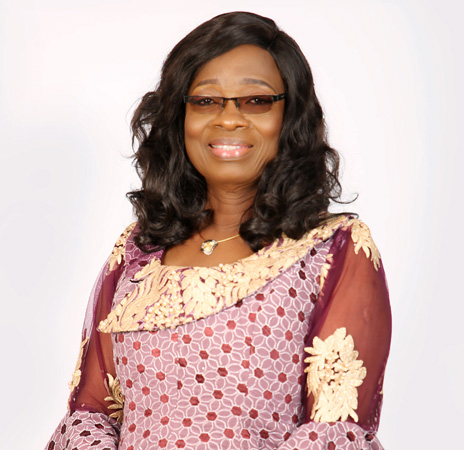 Mrs. Eccua Mary-Anne Oyinloye is a seasoned educationist. She is a teacher of teachers and an education administrator with very vast experience.

After years of teaching in state-owned post-primary schools, she went on to deploy her skills in some of the best Federal unity schools in Nigeria. At the Federal Ministry of Education, she also left a legacy of effective service as an administrator in key departments.

In retirement from government service, Mrs. Oyinloye established Zayithland Nursery and Primary School in Lekki, Lagos on January 7, 2019. Apart from being approved by the Lagos State Office of Quality Assurance in 2020, Zayithland was awarded a Certificate of Recognition for adopting Best Practices during the Lagos State Government/OEQA Forward to School COVID-19 Initiative in October 2021.

In 1988, she enrolled for a Master’s degree programme at the University of Lagos. She graduated in 1989 with an M.Ed in Educational Administration.

She was engaged by the Lagos State Ministry of Education in 1974 and she taught at Government Teacher Training College, Igbogbo. She transferred her services to the Kwara State Civil Service in 1975. She taught at Ilorin Teacher’s College from 1975 to 1980 when she joined the Federal Civil Service.

Having joined the Federal Civil Service, she was posted to Federal Government Girls’ College Akure, Ondo State and she served there from 1980 to 1982. Between 1982 and 1992, she taught at the prestigious King’s College, Lagos.

As Deputy Director, Federal Inspectorate Service (Human Resources Division), she took charge of the training of Inspectors, the induction of new Inspectors, and the inspection of schools.

From 2007 to 2010, she was the Director of the Federal Inspectorate Service. Her responsibilities in that role included the Provision of Professional leadership for the Inspectorate Department. She was in charge of the general administration of Inspectorate Offices in the 36 states of  Nigeria and the FCT.

For several years, Mrs. Oyinloye was a Member of Council of several educational institutions. These included Obafemi Awolowo University, Ile-Ife, University of Nigeria, Nsukka, and College of Education, Omoku.

She has been a trustee of Bingham University, Karu FCT since 2006. She was on the Board of the Nigerian Educational Research and Development Council from 2009 to 2010. She was Chairperson of the School Based Management Committee of Federal Science and Technical College, Lagos.

She was appointed as Quality Assurance Consultant for Education Support Programme in Nigeria (ESSPIN) and she was in that role from 2010 to 2016.

Expectedly, several awards and recognitions have come her way. She is a five-time winner of the T.O.S Benson Award for King’s College Head of Department with the Most Contributions to the Academic Progress of the College and a two-time winner of the King’s College Prize for the Vice-Principal with the Greatest Contributions to the College Life. She is a recipient of the Award for Excellence in Education Quality Assurance by the Kwara State Quality Assurance Bureau. She also received the Award of Excellence from King’s College Old Boys Association 1989 set.

It is in recognition of her accomplishments in the sphere of Development, Management, and Delivery of Quality Education in Nigeria that Mrs. Eccua Mary-Anne Oyinloye was deemed worthy to be conferred with the Nigerian Achievement Award.