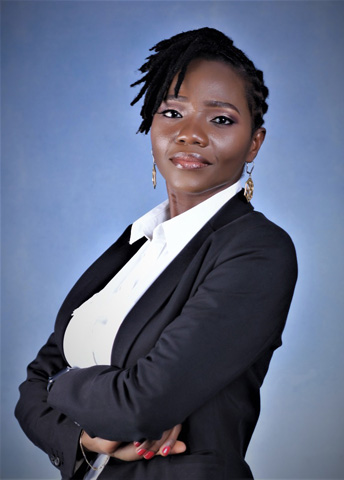 Mrs. Oyinpreye Aigbogun has an impressive profile in corporate management that is steadily on the rise. This has come out clearly in the spheres of banking and insurance where she has been engaged these past years.

Since June 2021, she has been deploying her managerial skills as Chief Executive Officer of Epicure Insurance Brokers Limited. In this position, she shoulders the responsibility of ensuring that the business makes a profit and that it complies with all regulatory directives and guidelines. As CEO, she is the Chief Marketing Officer of the company.

Before now, she worked as the Chief Operating Officer of Epicure Insurance Brokers. She was in that role from 2016 to 2021. As COO, she, among other responsibilities, developed and led high-performance teams with a focus on general operations, sales, and customer service.

She collaborated with the management team to develop and implement plans for the operational infrastructure of systems, processes, and personnel designed to accommodate the rapid growth and objectives of the organization. She had the duty of driving the company’s operating capabilities to surpass customer satisfaction and ensure customer retention year-on-year.

Oyinpreye also has an impressive resume in banking where she was engaged for over 10 years. She was a critical member of the Bancassurance team of Stanbic IBTC Holdings Plc and was actively involved in the establishment and operationalisation of the business.

Functioning in various roles from business development through processing and claims management, Preye actively supported the growth of the business from start-up to very impressive revenues in 2014 when the Bancassurance business of Stanbic IBTC was incorporated as a separate legal entity.

Indeed, Oyinpreye had an impressive banking career at Stanbic IBTC. Starting as a Banking Officer in 2005, she rose to become Manager and head of the Bancassurance business of the bank. She was also Manager, Non-Transactional Services and Manager, Client Relationships.

Oyinpreye Aigbogun started to develop her transactional skills when she was employed by Landmark Virtual Offices Limited, Victoria Island, Lagos from August 2004 to March 2005. She worked as a Customer Service Executive in that company.

Oyinpreye’s educational profile is very impressive. She attended Obafemi Awolowo University, Ile-Ife, between 1997 and 2002 and graduated with a  B.Sc (Hons) in Estate Management. In July 2018, she also graduated from Manchester Business School, United Kingdom with a Master in Business Administration (MBA).

In 2011, she was awarded a Certificate of Accomplishment by the Bancassurance Training Academy of South Africa. Back in Nigeria, in November 2014, she became an Associate of the Chartered Insurance Institute of Nigeria.

Preye is highly sociable and driven by a unique sense of purpose to leave an indelible mark on the lives of people. She enjoys quality time with her family, reading books on self-development, working out, and travelling.

It is in recognition of her accomplishments in the sphere of Corporate Management (Insurance Broking) that Mrs. Oyinpreye Aigbogun was deemed worthy to be conferred with the Nigerian Achievement Award.