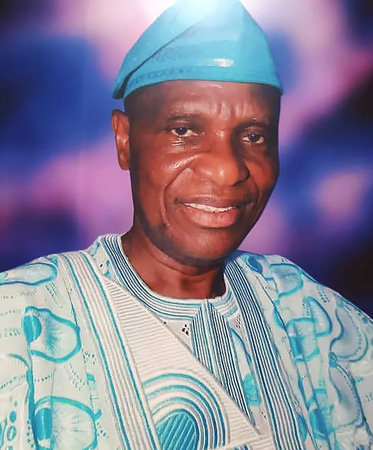 Pastor Samuel Adedoye is a man who has distinguished himself in many spheres of life. He retired from the Nigeria Police Force as a full-fledged Commissioner.

Out of service, he has established himself as a successful businessman who is still rendering very important services to his nation. He is at once the Chairman of Samest Security Ltd, Fortune Security Ltd, Doyus Investment Ltd and Fill Homes Project Ltd.

On the religious side, he is also very active. He is a pastor in Christ Apostolic Church World-Wide having been so ordained on August 20, 2001.

Samuel Adedoyin was born at Moro in Ife North Local Government Area of Osun State in 1945. He began his early education at Moro Primary School, Moro. He went on to attend Origbo Grammar School in the same town and earned the West African School Certificate.  He went on to earn a Diploma in Law at Obafemi Awolowo University, Ile-Ife, Osun State.

As a police officer, he was vested with a lot of responsibilities as could be seen in his postings. He worked as  the  Divisional Police Officer (DPO) in charge of Sabon Gari, Kano; DPO Dawakin Kudu, Kano State and as DPO Rigasa, Kano.

Pastor Samuel Adedoye has deployed his wealth of experience in the services rendered by his security companies namely Fortune Security Ltd and Samest Security Ltd. These companies are easily some of the most reliable private and corporate security outfits in Nigeria.

In the religious sphere, Pastor Adedoye has also achieved quite a lot. Before his ordination as a Pastor in C.A.C World-Wide, he was an Elder. He was once the Secretary of the Kano District of the Church. Today, he is Life Patron of the Bible Society of Nigeria.

Adedoye is married to Deaconess Esther Abiodun Adedoye who is Matron of the Ife Society of C.A.C, Olorunsogo. She is also a Member of the Oluwadara Society of C.A.C. He  has visited some of the most important countries of the world namely the UK, USA, Canada, and Israel.

It is in recognition of his accomplishments in the sphere of Private and Corporate Security Services that Pastor Samuel Adedoye was deemed worthy to be conferred with the Nigerian Achievement Award.