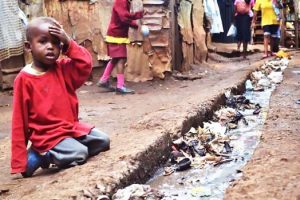 About 133 million people representing 63 percent of over 200 million Nigerians are living below poverty line.

The figure was presented during the launch of the Poverty Index (MPI) Survey yesterday in Abuja based on a survey conducted by the National Bureau of Statistics (NBS), the National Social Safety-Nets Coordinating Office (NASSCO), the United Nations Development Programme (UNDP), the United Nations Children’s Fund (UNICEF), and the Oxford Poverty and Human Development Initiative (OPHI).

The survey, which sampled over 56,000 households across the 36 States of the Federation and the FCT, was conducted between November 2021 and February 2022.

It was discovered that 65 per cent of the poor, amounting to 86 million people, live in the North while 35 per cent, nearly 47 million live in the South.

According to the report: “Over half of the population of Nigeria are multidimensionally poor and cook with dung, wood or charcoal, rather than clean energy. High deprivations are also apparent nationally in sanitation, time to healthcare, food insecurity, and housing.”

The report said Kano has the highest number with 10.51m while the least is Abia with 1.12m people.