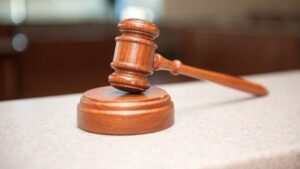 A Federal High Court in Port Harcourt has dismissed a suit seeking to disqualify the governorship candidate of the Peoples Democratic Party (PDP) Siminalaye Fubara from contesting the 2023 elections.

An aspirant of the PDP, Chief Morgan West, had challenged Fubara’s candidacy, alleging Fubara was not a member of the party and did not have a valid PDP membership card, among other issues.

But the presiding judge, Justice Adamu T. Mohammed, in his judgement on Friday, threw out the suit filed by the plaintiff for incompetence and lack of jurisdiction.