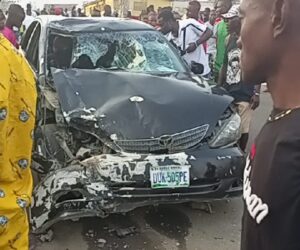 Seven persons have been feared dead while an unconfirmed number have sustained various degrees of injuries in an accident during a bikers’ carnival in Calabar, Cross River State.

The incident was said to have occurred on Tuesday after an unregistered vehicle that took part in the event lost control and rammed into spectators at the Bogobiri axis of the carnival route.

The victims were rushed to Navy Reference Hospital in Calabar, leading to the abrupt end of the event.

In a swift reaction, Governor Ben Ayade expressed sadness and ordered the cancellation of the parade before the usual displays by participants.

A statement by the Special Adviser on Media and Chief Press Secretary, Christian Ita, said the governor “is devastated by the incident and has directed security agencies to apprehend the motorist who is on the run”.

In the statement, Ayade sympathised with the victims and members of their families.

He immediately ordered an immediate investigation to unravel how the motorist was able to get through security barricades to have access to the routes which were closed to the public.