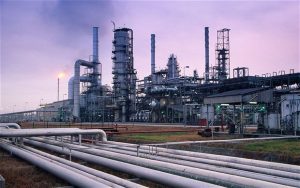 According to the NNPC, Nigeria’s oil production as of December 6 is 1.59 million barrels per day.

He said that due to government intervention, the country’s oil production output had increased amid the oil theft crisis. He also said that the government is resolving the issues using three strategies which are; detect, deter, and respond appropriately.

“We have security agencies in which the Navy, the police, and everyone within that space were involved. The second is the regulators’ angle. At this stage, all regulators are made to fully be part of the efforts.

The third is the operators’ angle. And, of course, all operators were involved. The fourth angle is the community angle in which all impacted communities have to be brought under the umbrella of a structured arrangement in the collective effort against crude oil theft.

As of today, oil production is at 1.59 million barrels per day.” he said.