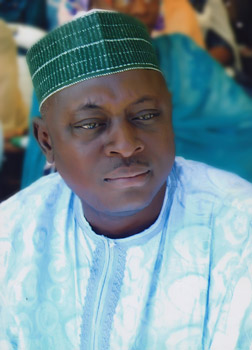 The name, Mohammed Sarki Abdullahi is synonymous with hardwork, drive and success. He is one Nigerian who has made giant studies in the world of business. As Chairman/Chief Executive of MS Group of companies, he sits atop a highly promising conglomerate which is into transportation, petroleum products marketing and sundry investments.

Alhaji Mohammed Abdullahi was born on October 1, 1970. He hails from Igabi Local Government Area of Kaduna State. He began school at Kontagora Central Primary School, Kontagora, Niger State. After that, he attended Government Secondary School where he passed out with distinctions at the WASCE including an ‘A’ grade in Mathematics.

The young Mohammed had a stint in the military. He studied Mathematics at the Nigerian Defence Academy. He left the militaryto join the oil and gas industry. Today, he is the biggest transporter for Total Nigeria Plc. He is also a major player in petroleum products marketing in Nigeria. Abdullahi’s business tentacles are spread across other areas.

In the area of transportation, he is a man who knows his onions. He is very well grounded. What with two degrees in transport studies which he earned from the IFTM Institute in Paris, France.

Alhaji Mohammed Abdullahi is a recipient of several awards which testify to his business exploits as well as his place in the socio-economic development of Nigeria. He has an honorary doctorate degree from the Minnesota University of Theology. He is a winner of the DYIF Entrepreneur of the Year Award, the Grassroots Leader of the Year Award, Man of the Year Award, FRSC Batch B 2006 Corps Award, 2009, Beacon of Hope for the Youth Award, 2007 and the IFTM Transporter Award from Paris. He has been conferred with the prestigious Development in Nigeria Merit Award by PSR Magazine. He also holds the Grand Award for Productivity in Afric