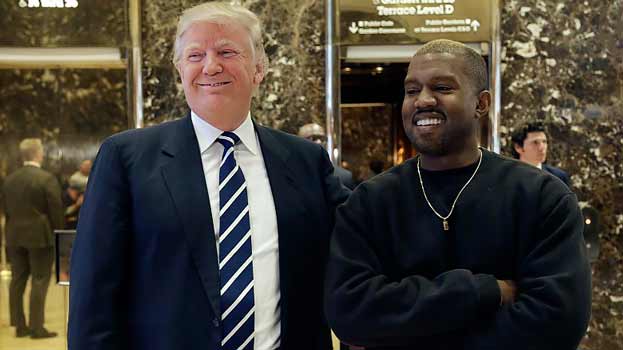 West visited with a small entourage which included a videographer. Both Trump and his guest refused to tell reporters what the visit was all about.

The duo later stood close together while the cameras flashed. Trump was quite evasive and even sarcastic when reporters pressed him about the reason for the visit. He said: “We’ve been friends for a long time. We met to discuss life.”

West on his part gave a very cut response: “I just want to take a picture right now.” Recall that last month, Kanye West caused uproar and boos from the audience at the SAP Centre in San Jose, California, when he tacitly declared support for Trump. He had said: “I told y’all I didn’t vote right?… But if I were to have voted, I would have voted for Trump.”

Many Americans today wonder, the exact nature of friendship that may exist between Donald Trump and Kanye West.