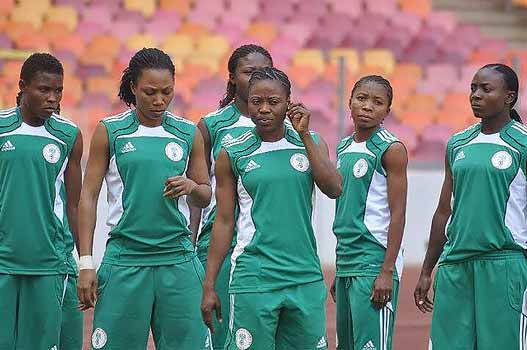 The National Association of Nigerian Professional Footballers, NANPF has urged the Nigeria Football Federation to pay all allowances due the Super Falcons without further delay.

In a press statement signed by its General Secretary, Mr. Austin Popo, the association wondered, “How can one explain the information available to the union that N40million was expended on charter flights to and from Cameroun during the finals of the AWCON Cup between Nigeria and the host country?

“This flight carried about 15 officials including the minister and top echelon of the NFF while no concrete arrangement was made to pay the players and coaches with all promises made before the games.”

The union noted: “Since the team came back from Cameroon, the players have refused to vacate their hotel on grounds of unpaid salaries and allowances, coupled with other unfulfilled promises.

“Promises from tournaments, ranging from the Olympic qualifiers to the All African Games and now the African Women Championship, remained unfulfilled. We believe this situation is avoidable with proper dialogue, sensitivity and transparency on the part of the authorities.

“The union condemns a statement credited to the Minister of Sports that adequate preparation was not made to offset the players’ entitlements because he did not expect them to win the AWCON Cup. The union wants the NFF to take responsibility by ensuring the players and officials are paid their entitlements without further delay.

“There is no doubt the NFF is cash-strapped and government’s release of funds dysfunctional. But it is important the welfare of the players and coaches should be of top priority in the disbursement of available fund.

“We expect the leadership of our sports’ authorities to make sacrifices in ensuring that the issue of players and coaches takes the centre stage above personal interest,” it said.

The union also cautioned the NFF against the alleged plan to ban some of the players and coaches for demanding for their rights.

“This can fan the embers of further discord and should be jettisoned. Right is right, these girls have served and brought glory to their fatherland and should be treated as true champions.’’