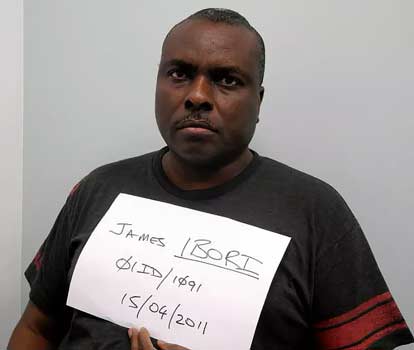 Former governor of Delta State, James Ibori was on Wednesday afternoon released from the UK prison where he has been since his conviction in 2012.

He was sentenced to a 13-year prison term having been found guilty of the corruption charges brought against him. The corruption offences were committed during his tenure as Delta State governor.

Ibori was arrested in Dubai by Interpol operatives working hand in hand with the UK’s Metropolitan Police. His arrest followed petitions and allegations of corruption leveled against him by the Delta State Elders and Stakeholders Forum and lodged with the Economic and Financial Crimes Commission. Significantly, the charges of corruption against Ibori had earlier been quashed by a High Court sitting in Asaba.

Now, although he has been released, his assets still have a question mark on them. He is still to face a confiscation trial in the UK where it will be determined whether his assets should be released to him or not.

In his hometown of Oghara in Delta State, a lot of people have been in a festive mood since the beginning of the week. His kinsmen who had got information that he would be released, are expecting his return from the UK.