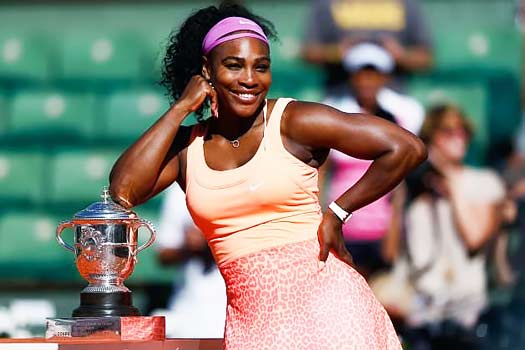 Twenty three times Grand Slam winner and world tennis number one,  Serena Williams, on Wednesday announced she is 20weeks pregnant by showing off her pregnant belly on Snapchat and Instagram.

This means the 35-year old tennis star who is engaged to Reddit co-founder, Alexis Ohanian was  around eight weeks heavy  when she won her last major title, the Australian open in January after defeating her sister, Venus 6-4, 6-4 in 82 minutes.

The news of the pregnancy which has also been confirmed by her rep, Kelly Bush Novak, is expected to keep her out of tennis court action until 2018.

“I’m happy to confirm Serena is expecting a baby this fall,” Novak said.