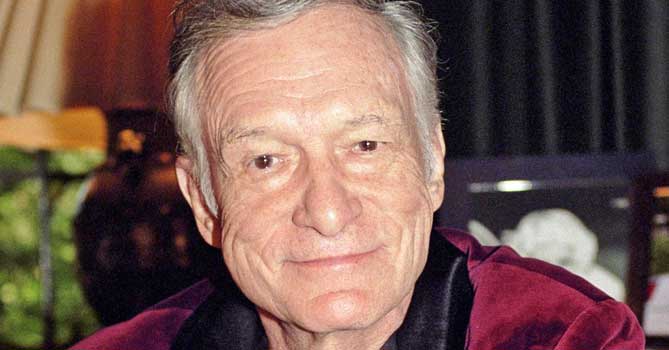 Hugh Hefner, the creator of  Playboy magazine and which turned into a media and entertainment-industry giant died on Wednesday at his home, the Playboy Mansion near Beverly Hills, Calif. He was 91.

His death was announced by Playboy Enterprises.The first issue of Playboy was published in 1953, when Mr. Hefner was 27 years old

Playboy’s circulation reached one million by 1960 and peaked at seven million in the 1970s.

Playboy remained the most successful men’s magazine in the world. Mr. Hefner’s company branched into movie, cable and digital production, sold its own line of clothing and jewelry, and opened clubs, resorts and casinos.

The brand faded over the years, and by 2015 the magazine’s circulation had dropped to about 800,000 — although among men’s magazines it was outsold by only one, Maxim, which was founded in 1995.

Mr. Hefner remained editor in chief even after agreeing to the magazine’s startling decision in 2015 to stop publishing nude photographs.  Mr. Hefner handed over  control of Playboy last year to his son Cooper Hefner.