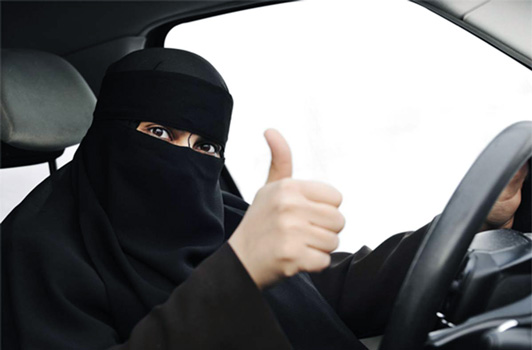 Saudi Arabia’s women have been granted the right to drive .

King Salman bin Abdulaziz Al Saud  ordered the reform in a royal decree delivered on Tuesday night, requesting that drivers licences be issued to women who wanted them.

The decision comes in the middle of a broad reform program that last week led to women being allowed in a sports stadium for the first time.

This decree is significant to Saudi Arabia which has strictly demarcated gender roles, and severely limits the role of women in public life.