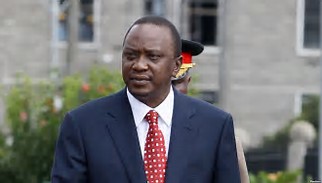 Embattled Kenyan President, Uhuru Kenyatta on Thursday described the nation’s Supreme Court’s judgment which annulled last month’s presidential elections which he won as a ‘coup’ staged to thwart the will of the people.

The court’s ruling which was delivered on September 1, sent shockwaves through the country and beyond as it was the first time a judicial body would cancel the election of an incumbent African president.

“A coup in Kenya has just been done by the four people in the Supreme Court. The court is saying numbers don’t matter, it is processes that matter,” Kenyatta said in Kiswahili during a live televised speech.

Kenyatta who said he would respect the court’s decision added: “We have reversed everything in this country by the decision of a few people. I don’t know how history will judge these gentlemen. The citizen has been told he does not have a voice …. If that is not dictatorship, then I don’t know what to say.”

The court which has tentatively fixed October 17 as the date for the re-run between him and main opposition leader, Raila Odinga hinged its judgment on the failure of the country’s electoral body to check electronic tallies which were vulnerable to errors against paper forms before announcing the results of the disputed elections.