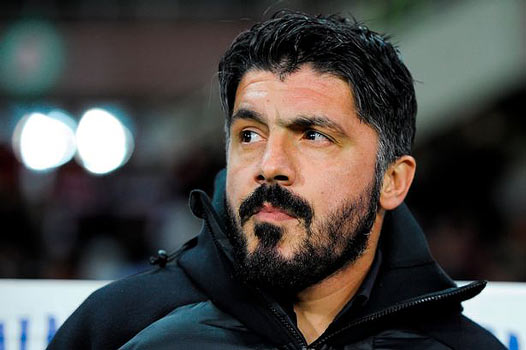 Following a run of two wins in the last six Serie A matches, the management of AC Milan  on Monday sacked Vincenzo Montello as coach and replaced him with the enigmatic Gennaro Gattuso.

The club’s below-par start to the football season in Italy continued with Sunday’s barren draw at home with Torino.

The result means the Rossoneri have now gone four home league games without hitting the back of the net, a poor run which has seen them fall 18 points behind current Serie A pacesetters, Napoli.

According to a message posted by the club on Twitter, the 39-year-old Gattuso who played as a defensive midfielder for the club between 1999 and 2012 with a record 468 appearances, has been promoted from his role with the Primavera youth team to handle the senior side although it is unknown if his appointment is on a temporary or long-term basis.

If Gattuso’s appointment does not go the distance, former Milan gaffer, Carlo Ancellotti who was sacked by German giants Bayern Munich earlier this season, is expected to be among the leading contenders to replace Montella.