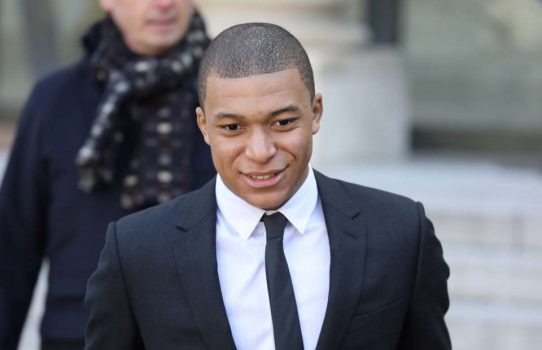 Paris Saint-Germain teen sensation, Kylian Mbappe has picked up another prestigious award in 2018 after winning the Ligue 1 title as well as a World Cup triumph with the French national football team.

Mbappe’s remarkable rise to the top of the global game has now seen the 20-year-old striker crowned French Player of the Year for the first time in his promising career.

After bursting onto the scene as a precociously-gifted teenager at French Ligue 1 side, Monaco, a big-money transfer took him to PSG last year.

Mbappe then headed to the 2018 World Cup in Russia with France. There, he helped Les Bleus to go all the way to the finals, where he netted a well-crafted individual goal in their 4-2 triumph over Croatia.

In achieving the feat, Mbappe edged out Real Madrid’s Raphael Varane and Antoine Griezmann of Atletico Madrid of Spain. He takes over the title from Chelsea’s N’Golo Kante who came out tops in 2017.