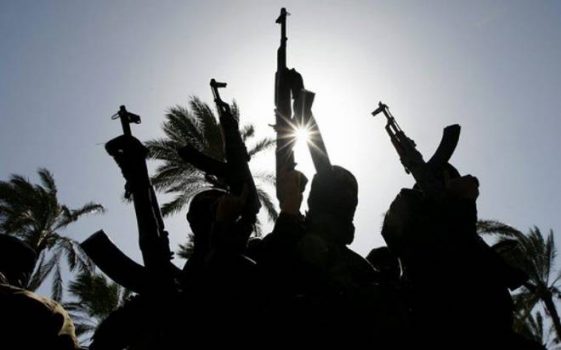 At least four persons were reportedly killed and two others kidnapped on Sunday night when gunmen attacked two communities in Kajuru and Chikun Local Government areas of Kaduna State.

The first attack was in Kutura Station in Tantatu Ward of Kajuru LGA where four persons were killed and eight others wounded while the second attack took place in Gwagwada village of Chikun were two persons were reportedly abducted.

A source said the eight wounded at Kutura are receiving treatment in an undisclosed hospital currently.

The gunmen attacked Kutura community at about 8:00 pm on Sunday and opened fire on a group of youths who were celebrating ahead of the New Year. The details of the attack at Gwagwada were still sketchy as at the time of filing this report.

Confirming the incident, the spokesperson for the Kaduna State Police Command, DSP Yakubu Sabo said four persons were killed and three others injured in the incident at Kutura.

“Yesterday at about 2.45 am, some unknown gunmen in Kutura hamlet in Kayana village in Kajuru Local Government Area of Kaduna State opened fire on some villagers while they were conducting a New Year party.

“They killed four people and injured three. Police, on receipt of the information went to the area and evacuated the victims and engaged in vigorous search for the suspects,” Sabo said.

While conveying the condolence of the Commissioner of Police in the state to the families of the victims, Sabo assured that the police will do everything possible within the ambit of the law to protect lives and property of the citizenry.

He added that men of the Special Anti-Robbery Squad (SARS) and conventional policemen from the Kaduna State Command have been mobilized to the area to ensure that the perpetrators were apprehended and brought to book.