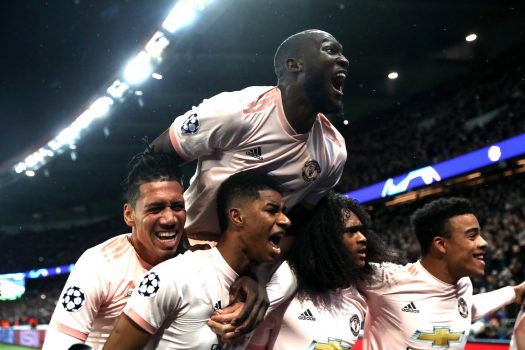 Manchester United have shockingly defeated Paris Saint-Germain to make the UEFA Champions League quarterfinals. They progress on the away goals tiebreaker after a 3-3 aggregate draw.

Manchester United has became the first team in Champions League and European Cup history to overcome a 2-0 or greater first-leg deficit.

Romelu Lukaku scored after two minutes but PSG went 3-1 ahead on aggregate when Juan Bernat scored at the 12th minute.

Lukaku scored his second goal for the night at the 30th minute. It looked like PSG was going to qualify until the 94th minute when Rashford converted his penalty.