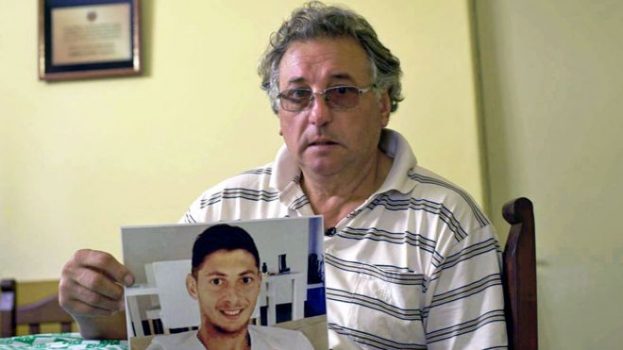 The father of Premier League footballer, Emiliano Sala who died in a plane crash three months ago has passed away after suffering a heart attack on Friday morning.

According to Daniel Ribero, his friend and president of his local club, the 58-year-old Horacio Sala passed away before doctors arrived at his home in Progreso.

Emiliano Sala’s plane crashed en route to Cardiff after leaving from France to join his new club, Cardiff City from French club Nantes in a club record £15 million deal when the crash occured over the English Channel.

The Piper Malibu N264DB plane carrying Sala and pilot David Ibbotson went missing over waters near the Channel Islands on 21 January and it took rescuers two weeks to find the wreckage.

The footballer’s body was recovered on  February 8 after a private rescue team took over the search for the missing plane.

Horacio, the father of three and a long-distance lorry driver had spoken to the British Broadcasting Corporation (BBC) just a few weeks ago, pleading that justice be done for his son.

In a statement, Cardiff City said the management of the club offered its ‘deepest condolences’ to Mr. Sala’s friends and family.