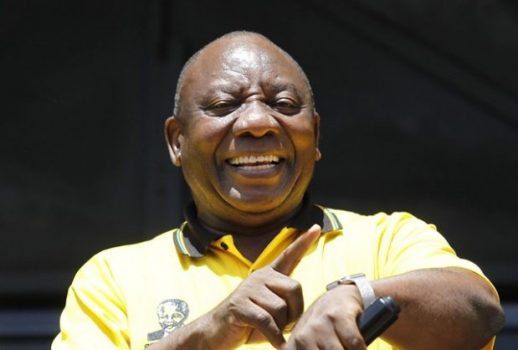 South Africa’s African National Congress (ANC) has won  the general elections held this week in that country but with a reduced majority.

The ANC which has been in power since 1994, secured 58% of the vote, ahead of the Democratic Alliance (DA) on 21%. The radical Economic Freedom Fighters (EFF), came third with 11%.

Anger over the economy and corruption may have eroded the appeal of the party.

Turnout was about 65% in the twin parliamentary and provincial elections – a drop compared to the 73% registered five years ago.

While casting his vote in the country’s sixth democratic national election since apartheid ended 25 years ago, President Ramaphosa acknowledged the “rampant corruption” of recent years.

“We have made mistakes but we have been sorry about those mistakes and we are saying our people should reinvest their confidence in us,” he said.