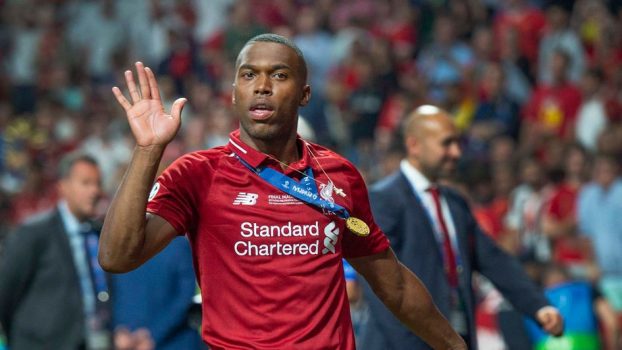 England international, Daniel Sturridge has been banned from domestic football matches for six weeks and fined £75,000 after an independent regulatory commission found him guilty of breaching betting rules.

During its investigations, the Commission discovered that the 29-year-old who was released by Liverpool this summer after his contract expired had instructed his brother, Leon to bet on his possible move to Sevilla of Spain.

The sanction means that Sturbridge would not be able to resume playing until July 31 as long as he commits no further breaches of the rule.

However, the English Football Association says it will appeal against the verdict as they believe a stronger sanction should have been imposed on the player.

“The FA respectfully disagrees with the regulatory commission’s findings and will be appealing against the charges which were dismissed and the sanction which was imposed.

“A sanction of any shorter duration than six months would wholly fail to reflect the gravity of the case,” the FA said in a statement.

Sturridge’s six-week suspension from all domestic matches came into effect on Wednesday. The FA had in November last year charged the striker with misconduct and expected a more severe punishment for a guilty verdict.

The former Chelsea player was cleared of nine of the 11 charges he faced relating to his transfer from Anfield in January 2018.

On two accounts, he was found to have told his brother, Leon to bet on a possible move to Sevilla. Both clubs were ultimately unable to agree on the terms of a loan deal and Sturridge eventually joined West Bromwich Albion until the end of the 2017-18 season.

Although Leon did not place the Sevilla bet, another relative, Anthon Walters lost £10,000 betting that Sturridge would join Inter Milan who, along with Newcastle were also interested in signing the forward.

The total sum wagered by people directly or indirectly connected to Sturridge was £13,755.82. There were also attempts to place a further £20,560 worth of bets on his potential transfers in January 2018 but these were refused by betting companies.

If accepted and successful, they would have returned an extra £317,006.

Sturridge, who denied all the charges said it was ‘extremely disappointing’ to learn of the FA’s appeal and that he would defend his position.