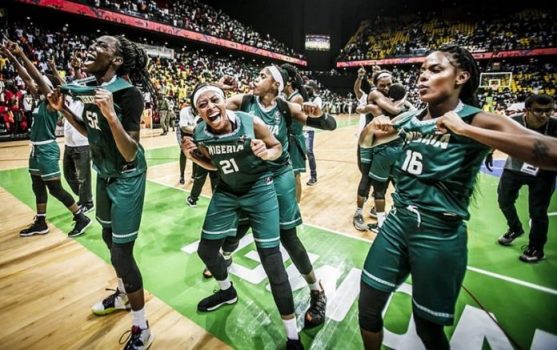 The hard-fought victory for D’tigress meant that they also successfully defended the title which they won two years ago after defeating the same Senegal 65-48 in Bamako, the capital of Mali.

By Sunday’s triumph, the D’Tigress became the second team to win back-to-back FIBA Women’s AfroBasket titles after Angola followed up their 2011 triumph with another triumph in 2013.

In a keenly-contested final match played at the capacity-filled magnificent Dakar Arena, the Nigeria women shrugged off the vociferous support of the home fans to defeat the Senegalese ladies 60-55.

To qualify for the final, D’Tigress brushed Mali aside with a 79-58 score line in Friday’s first semifinal while Senegal put in extra effort to overcome a determined Mozambican  team 60-57 to return to the championship title game for the third time in a row.

Both Nigeria and Senegal had emerged as the best teams from the 12-team tournament and it came as no surprise that both nations reached the final after four wins in as many games.

Having lost to Nigeria two years ago, Senegal, 12-time African champions were hoping to become the first team to win the tournament at home since the D’Tigress claimed the 2005 continental in Abuja.

With D’Tigress successfully lifting the title, attention will now shift to the male team, D’Tigers who will be competing at the FIBA World Cup in China scheduled to hold from August 31 to September 15 this year.