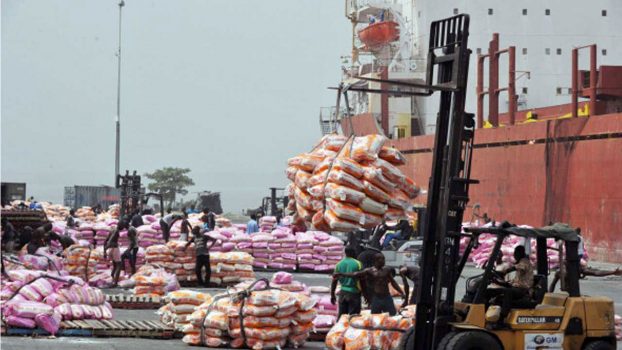 In a statement issued by its spokesman, Kola Ologbondiyan on Thursday, the main opposition party said the directive was an attempt to stifle food importation in the country and foist more suffering on Nigerians.

The statement read: “The PDP states strongly that Nigerians do not, in any way deserve such suffering being foisted on them by such directive on food.

“This directive will worsen food scarcity, exacerbate the already harsh economic situation and the general depression, frustration, resentment and despair in our country under President Buhari’s watch.

“It is indeed appalling that instead of bringing solutions to the depreciating living conditions in our nation, President Buhari is rather imposing more suffering by ordering the removal of subsidy on food even when it is manifestly clear that he had failed on all fronts to achieve any level of food security despite the huge resources available to his administration.”

The statement stressed that Buhari ought to have removed subsidy from food rather than the directive, indicating that the ruling All Progressives Congress (APC) was insensitive to the needs of millions of Nigerians.

“Instead of removing subsidy on food and putting more suffering on Nigerians, the PDP urges President Buhari to cut the billions of naira being wasted on luxuries in his Presidency and free the funds for the welfare of the masses.

“Furthermore, the PDP urges President Buhari to recover the over N14 trillion siphoned by APC interests under his administration, including the stolen N9 trillion detailed in the leaked NNPC memo and channel the resources towards food security for Nigerians,” the party added.