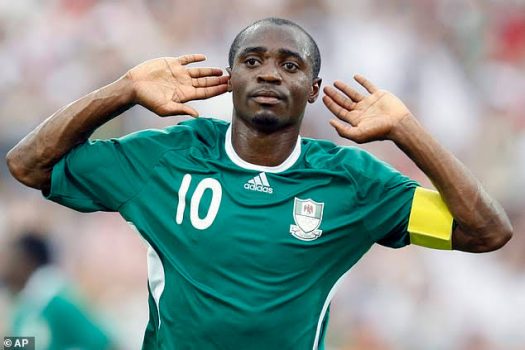 Former Nigerian international and Austin Bold Football Club forward, Promise Isaac has passed away on Wednesday night at the age of 31.

Originally from Zaria, Kaduna State, Isaac represented the Super Eagles in the 2005 FIFA World Youth Championship, serving as captain and scoring once in six matches en route to the competition’s final.

He was a member of the Nigerian U-23 team which won a silver medal at the 2008 Summer Olympics in Beijing where he served as captain in four matches, including the gold medal match.

He spent much of his career in Turkey, with Trabzonspor and Antalyaspor among his former clubs. He also had a brief spell with Al-Ahli in Saudi Arabia.

Former West Ham defender and his team mate at Antalyaspor, Anton Ferdinand was among those to pay tribute to the late footballer.

“I’m in shock. You were my room mate at Antalyaspor. RIP Isaac Promise. Rest well bro. My prayers are with your family and friends at this time,” Ferdinand wrote on Instagram.

The Nigeria Football Federation (NFF) has also paid tribute to the late striker.

“We are sad to hear of the sudden demise of former @NGSuperEagles forward, Isaac Promise.

“Promise was captain of the Beijing Olympics’ Eagles squad that won silver. Our thoughts and prayers are with his family at this time. May his soul Rest In Peace, Amen,” the NFF wrote.