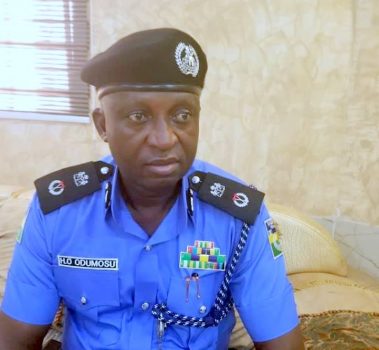 Police authorities confirmed the posting of Odumosu, a one-time Commander of the Rapid Response Squad (RRS) in Lagos State posting by  to newsmen on Thursday night.

Odumosu, who is fondly called ‘Tango Fire Fire’ by his colleagues had served as the Commissioner of Police in Edo State and is currently on a Presidential assignment to decongest the Apapa Port area will resume at his new duty post on Monday.