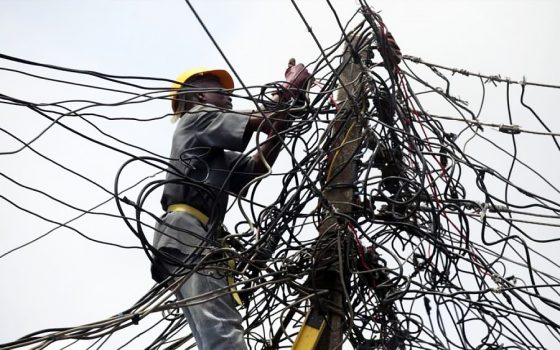 The National Union of Electricity Employees has suspended its nationwide strike.

This was made known in a tweet by the Eko Electricity Distribution Company today. The tweet read:

Dear customer,
NUEE has suspended its strike. Our offices & payment channels are open for business. Thank you for your patience & understanding.
EKEDC

The electricity workers had, on Wednesday, shut down the headquarters of Ikeja Electric and Eko Electricity Distribution companies in Ikeja and Marina, Lagos.

The President of the National Union of Electricity Employees NUEE, Joe Ajaero, had in a statement, accused the Bureau of Public Enterprise of failing to pay over 2,000 disengaged workers of the Power Holding Company of Nigeria since 2013.

He also alleged underpayment of severance packages due to over 50,000  former PHCN staff.