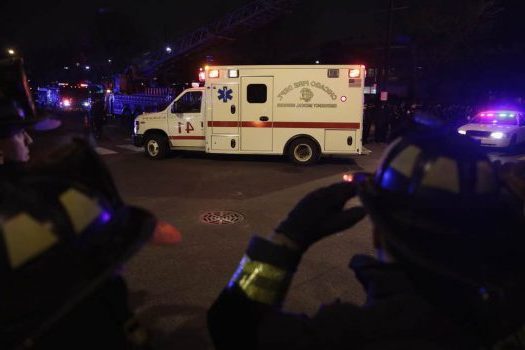 At least 13 persons, with four critically injured, have been hospitalized after being shot at a house party in Chicago on Sunday morning.

The Chicago Police have recovered a revolver from the scene of the incident on the city’s South Side, even as two suspects have been held for questioning.

Chicago’s Chief of Patrol Fred Waller who described the shooting as an isolated incident said the age range of the victims was between 16 and 48, adding that they suffered ‘different and various gunshot wounds to their bodies’.

He said the youngest victim of the shooting, who was one of those critically injured was however in a stable condition.

Mr. Waller further revealed that the shooting began due to a dispute in the house, located in a residential block on 57th and May Street near a park in Englewod before continuing outside as people began scampering for safety.