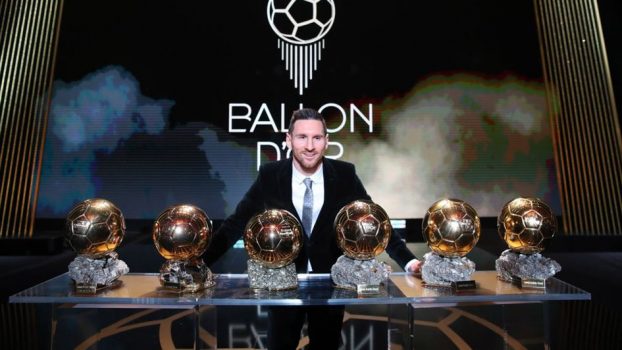 Barcelona and Argentine forward ,Lionel Messi has won the Ballon d’Or award for the world’s best player for a record sixth time.

It is Messi’s first Ballon d’Or since 2015 and comes after he scored 54 times for club and country in 2018-19, within which period Barca won the La Liga.

Netherlands and Liverpool defender, Virgil van Dijk came second after helping Liverpool win it’s sixth Champions League title and assisting in a premier league title race which was not decided till the last game of the season where Liverpool was second. Juventus and Portugese talisman, Cristiano Ronaldo rounded up the top 3. Sadio Mane and Mohammed Salah of Liverpool were fourth and fifth respectively.

Messi’s win means the Ballon d’Or award has been won by a player from Spain’s La Liga in each of the last 11 years, including last year’s winner, Luka Modric, who broke the 10-year Messi-Ronaldo monopoly of the prize.