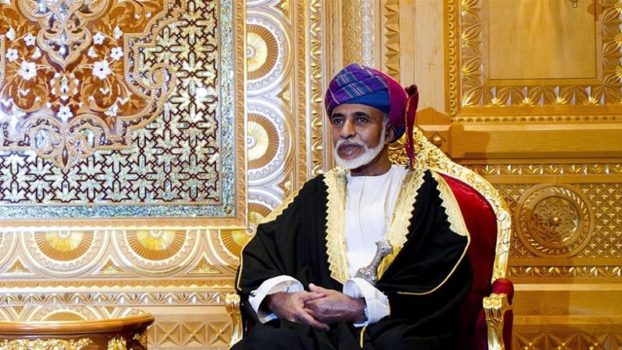 According to the state agency of Oman, the Sultan of Oman, Qaboos bin Said has died.

“With sadness … the Omani Sultanate court mourns … our Sultan Qaboos bin Said … who God chose to be by his side on Friday evening,” the agency said.

A three-day period of mourning has been declared in Oman, and the country’s flag will be flown at half-mast for a period of 40 days.

Oman’s royal family will have to decide in 72 hours who will replace Qaboos.

Qaboos was the longest ruling Arab monarch. He had been ill for some time and he was speculated to be suffering from colon cancer. He had spent a week in Belgium undergoing medical treatment in early December.

Sultan Qaboos, 79, ruled Oman since overthrowing his father in a bloodless coup in 1970. He is credited with transforming Oman into a modern state.