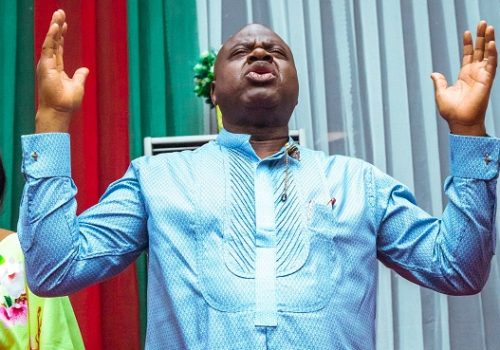 The Independent National Electoral Commission (INEC) has just declared the governorship candidate of the Peoples Democratic Party (PDP) in the 2019 governorship election in Bayelsa State, Senator Duoye Diri as the winner of the election.

The INEC Chairman, Mahmood Yakubu, who made this announcement at the INEC headquarters in Abuja said the declaration followed the ruling of the Supreme Court which yesterday nullified the victory of the candidate of the All Progressives Congress, Mr Lyon. He also  confirmed receiving the true certified copy of the judgement of the court and said a Certificate of Return will be issued to Duoye Diri  immediad

The commission met on Friday morning to review the results of the election, without the votes of the APC which have now been voided  by the court.

This is a fallout from the ruling of the Supreme Court yesterday, nullifying  the candidature of the APC candidate and previously declared winner, David Lyon. His candidature was nullified as a result of fake certificates tendered by his running mate who eventually became the deputy governor-elect, Biobarakuma Degi-Eremienyo, to INEC. The Supreme Court had stated that since they ran on a joint ticket, what affected the peputy affected the Principal.