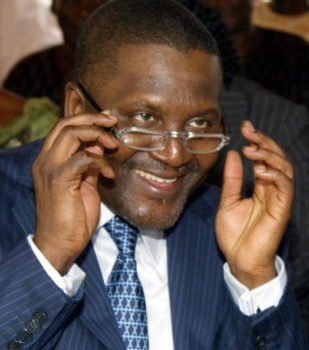 According to Forbes, for the ninth year in a row, Aliko Dangote of Nigeria is the wealthiest person in Africa, with an estimated net worth of $10.1billion.

In Forbes latest ranking, Dangote’s present worth is down from his estimate of $10.3 billion a year ago which is probably attributable to a slightly lower stock price for his Dangote Cement flagship company.

South Africa and Egypt have the most billionaires in the continent with a total of five each. Nigeria comes next with four billionaires.

Nassef Sawiris of Egypt is the new number two richest, worth $8 billion, up from $6.3 billion last year. Sawiris’ most valuable asset is a stake in shoemaker Adidas worth a recent $4 billion. The increase in Adidas’ share price alone added nearly $1.5 billion to his fortune since January 2019.