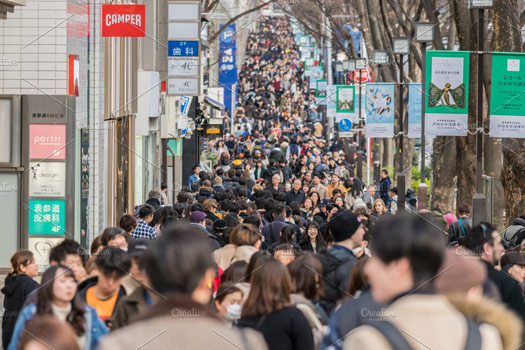 Japan has suffered its worst quarterly GDP contraction in more than five years, with a tax hike and a deadly typhoon taking a toll on the world’s third-largest economy.

The nation’s gross domestic product in the three months to December shrank 1.6 percent from the previous quarter, even before the novel coronavirus outbreak in China hit Japan, according to official data published on Monday.

The quarter was marked by a rise in consumption tax from eight percent to 10 percent, as well as Typhoon Hagibis, which killed more than 100 people and caused widespread flooding.

Economists are now carefully watching to see what impact the new virus will have on the world’s third-largest economy, as it hits Japanese companies’ manufacturing activities and tourism.

Economists were braced for a contraction of around one percent but had not expected such a poor figure, with Takeshi Minami, chief economist at Norinchukin Research Institute saying it was “quite an undershooting”.

“There was a hit from natural disasters but consumer sentiment was particularly weak after the tax hike despite government measures to ease the impact,” he told AFP.

Monday’s data snapped four quarters of growth and was the biggest contraction since the second quarter of 2014 when the economy shrank 1.9 percent.