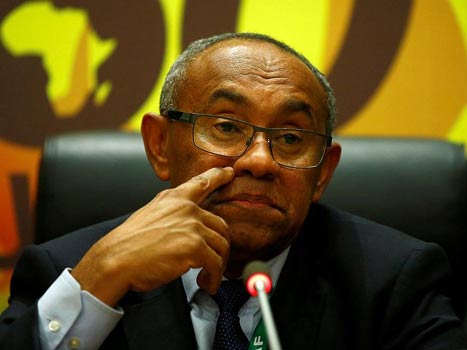 President of the Confederation of African Football, Ahmad Ahmad has been banned for five years by FIFA for breaching various codes of ethics.

Ahmad was found to have breached codes relating to duty, loyalty, offering and accepting gifts, abuse of position as well as misappropriation of funds.

“The investigation into Mr Ahmad’s conduct … from 2017 to 2019 concerned various CAF-related governance issues, including the organisation and financing of an Umrah pilgrimage to Mecca, his involvement in CAF’s dealing with the sports equipment company, Tactical Steel and other activities,” a FIFA statement read.

The ban was announced during the Madagascan official’s campaign to be re-elected for four more years as the head of African soccer. His position also makes him a FIFA vice president.

Ahmad’s first four-year term was clouded with allegations of financial wrongdoing and misconduct at the Confederation of African Football headquarters in Cairo.

He was detained by French authorities in Paris on the eve of the Women’s World Cup for questioning about a CAF equipment deal with a company that appeared to have little connection with soccer.